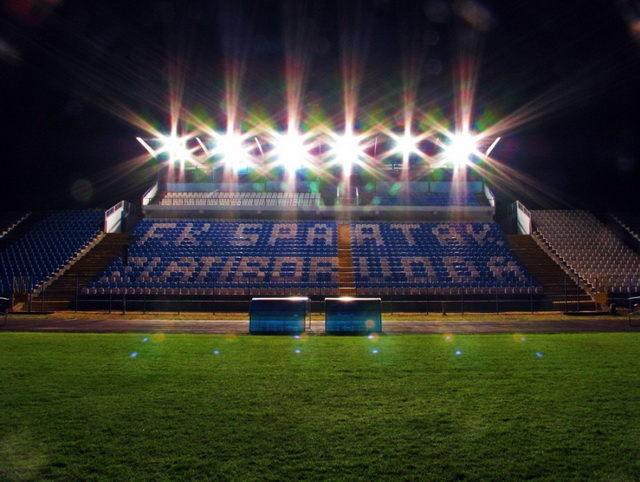 Back then, sanitation and development plan of today`s Prozivka Promenade and Sandorska Bara area swampy terrain was adopted for purpose of building sports and entertainment park complex.

First part of development included construction of Falcon`s Rally ground and additional infrastructure. Rally ground was built by fiiling the great bank in the shape of curved rectangle. At the steep inside part of the bank, constructors built VIP box and seating area as well as stands, while on the outside bank area entry points were erected along with lilac flowers, grass and other greenery arrangements. The pitch itself is below ground level and drainage was solved with pipes and ducts.

The start of WWII interrupted project`s finalization. Some works were done during the WWII occupation and after the war, in 1949, gates and ticket offices were built with VIP box making way for all-seater area while east side arch made way for club`s building in the 60s.

After wooden west stand burned in fire, improvised VIP area was erected at the club`s building.

Concrete block stands were built in 1972 followed by flank pitch entries between east, north and south-east areas of the ground.

More reconstruction work is taking place at the moment. 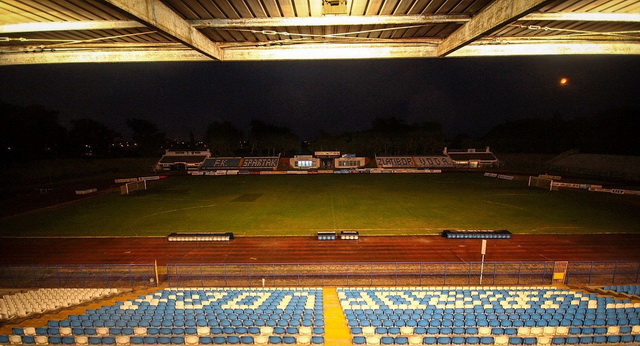