Zoran Cava Dimitrijevic was born in Belgrade`s Bulbuder area and joined Partizan as a 13-year-old. After graduating from Partizan youths, Dimitrjievic made his senior team debut on 26th of September 1981, in a home league game against Velez Mostar.

Everything suggested a birth of a true football star. However, young and mischievous as he was, Dimitrijevic was soon dragged into nightlife but still managed some great football performances although he was more of a regular at Belgrade`s Duga nightclub. Partizan infant terrible soon lost all credits in the club and patience runned out both from his coach and Partizan management.

Fans favourite, nicknamed Blond Tumbler, was on the exit doors. Dimitrijevic signed for Spartak, at the times when our club was among the top second-tier sides for six seasons in a row but promotion seemed to evade us. Once Cava arrived, Blues from from Subotica were unstoppable, it was a pure football symphony. It seemed like every ball, every pass would end up where Dimitrijevic wanted.  Spectators adored him, maybe because the chat of the town were his Subotica nightlife shows as much as his football exploits. He was simply an attraction. Nonetheless, Subotica Blue Pigeons got promoted to the top-tier comfortably.

Season-and-a-half later and after persuasion from Miroslav Ciro Blazevic, Dimitrijevic moved to Dinamo Zagreb. His official Dinamo debut was, once again, a home game against Velez Mostar. Dinamo won 3-1 with Cava rated top mark 10 for his performance. At the time, Dinamo coach Miroslav Blazevic was building a team able to compete with Europe`s finest. He needed a player of Dimitrijevic`s capabilities and he succeeded in his intentions. After five years of European drought, Dinamo qualified for European competition and Cava became fans favourite in no time. But, departure of Miroslav Blazevic and arrival of Josko Skoblar led to downfall of Cava Dimitrijevic`s football productivity, his time on the football field was limited and drinking problems soon occurred.

To try and change his lifestyle, Dimitrijevic moved to French outfit Dijon in 1989 followed by a move to Nantes. But, a horrible car crash ended his playing career soon after. Always adored but burned out by his love for nightlife, something that proved costly regarding his football career, Cava Dimitrijevic passed away in France, year 2006, aged 44. 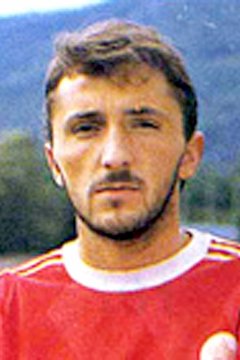 Nenad Maslovar, born on 20th of February 1967 in Kotor, Montenegro, played for Spartak between 1987 and 1990 followed by two-year spells at Velez Mostar and Crvena Zvezda. Maslovar moved abroad in 1994, playing for Japan`s JEF United until 1998. He made 3 Yugoslav national team appearances. During his Yugoslav career, Maslovar was amont the top players of his era. 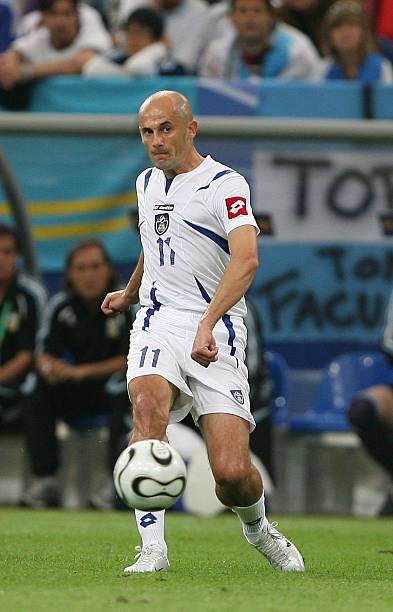 Predrag Djordjevic was born on 4th of August 1972 in Kragujevac. He started his career in his home club Radnicki and moved to Crvena Zvezda as a talented 19-year-old but he was loaned to Spartak after just one season spent in Belgrade.

After spell in Spartak, Djordjevic moved to Greek third-tier side Paniliakos in 1993 and enjoyed two successive promotions with the club which led to 1996 transfer to Olympiakos. Club Chairman Sokratis Kokalis paid around one million pounds for relatively unknown Serbian player and never expected that this signing will trigger long-term Olympiakos domination in Greek football.

At the time, coach Dusko Bajevic moved from AEK to Olympiakos and played a crucial role in signing Djordjevic who will be remembered as foreign player with a longest-lasting career in Greece. In 13 years with the club, Djordjevic won 12 domestic titles, 4 cups and 1 supercup, a feat that no player, Greek or foreign, achieved previously.

Late in March 2009, Djordjevic announced his retirement by the end of the season. He made his Yugoslav national team debut on 2nd of September 1998 in a friendly against Switzerland.

In total, Djordjevic made 37 apperances and scored one goal for Yugoslavia/Serbia and Montenegro national teams. He scored an equalizer for national team in a 2002 WC qualifier one-all draw against Slovenia. Djordjevic played his final national team game at the 2006 Germany World Cup, a 2-3 defeat to Ivory Coast. 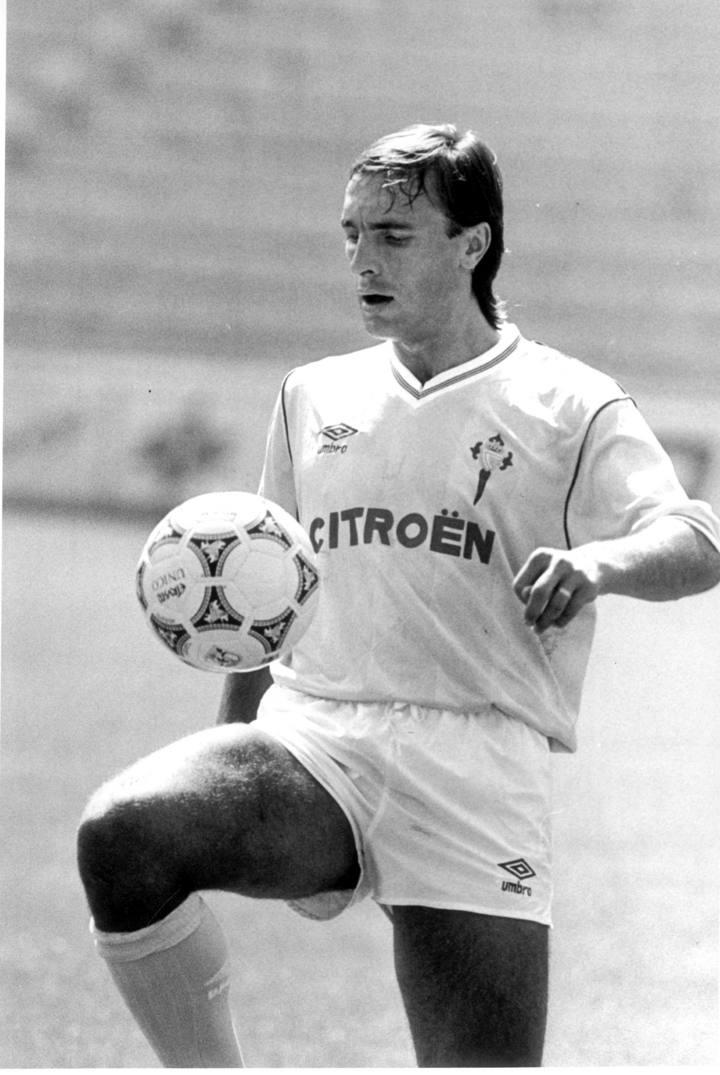 Antal Puhalak was born on 9th of June 1963 in Subotica. His initially played as winger but moved to centre-forward position later on.

He started his career at Spartak youths and had a short spell with Bratstvo Subotica.

Back in 1990, Puhalak was sold to Celta Vigo, earning Spartak record transfer fee at the time.

During his career, he also played for Vasas Budapest. Antal Puhalak remains Spartak top league goalscorer of all time.

Mrkela started his career in 1981 at OFK Beograd youths and became youngest Yugoslav senior league debutant when he made his appearance for OFK Boegrad seniors just 10 days after his 16th birthday. He moved to Crvena Zvezda in 1983 and made 327 appearanced with 99 goals scored before he left the club in 1990. Mrkela won three championships (1984, 1988, 1990) and one national cup (1985) with Crvena Zvezda.

After just one game played for Crvena Zvezda in a 1990/1991 season, Mrkela signed for Dutch outfit Twente followed by a 1992/1993 season move to Besiktas where he scored 4 goals before moving back to Holland and signing for Cambuur.

Mrkela was also youngest Yugoslav national team debutant, making his debut on 17th of November 1982 at EC 1984 qualifier against Bulgaria away in Sofia. He was 17 years and 130 days old when national team coach Todor Veselinovic introduced him early in the game for injured Zvonko Zivkovic.

Unfortunately, this wunderkind played only 4 national team games and scored one goal, his final national team match being Brussels 1981 3-1 defeat against Belgium.

Towards the end of his career, he spent six months at Spartak. His virtuosity and pinpoint crosses left great impression on Subotica football aficionados. Upon graduating from coaching school, Mrkela worked as director in sports department of Belgrade City Council, coached OFK Beograd youths and took over youth academy director post at Crvena Zvezda in 2005. 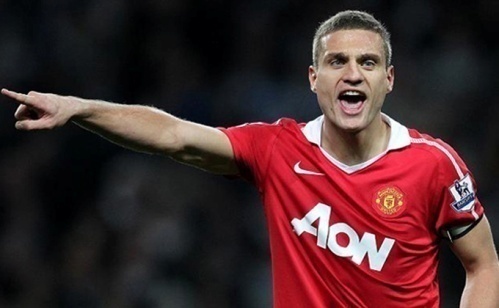 He started his senior career in 2000, on loan to Spartak before returning to Crvena Zvezda upon loan expiry. Under coach Zoran Filipovic, he became Crvena Zvezda regular and won Yugoslav cup trophy in 2002.

Vidic made his Yugoslav national team debut under coach Dejan Savicevic on 12th of October 2002, in a EC 2004 qualifier one-all draw against Italy. He was soon to become national team skipper and wore captain`s armand for three years. Vidic made 67 national team appearances and scored 12 goals while he ended Crvena Zvezda career in 2004 with a domestic double under coach Slavoljub Muslin.

Vidic moved to Spartak Moscow in summer 2004. Transfer fee was undisclosed but, at the time, it was believed that Vidic became most expensive defender in Russian Premier League history. During WC 2006 qualifiers and under coach Mladen Krstajic, Vidic was regular backline feature along with Ivica Dragutinovc and Goran Gavrancic with national team conceding only one goal over the course of full qualifying fixtures. Unfortunaly, he was sent-off in a final WC 2006 qualifier game against Bosna and Hercegovina and missed opening World Cup game.

After one season in Spartak Moscow, Vidic moved to Manchester United in January 2006 for a 7 million pounds fee, two-and-a-half years after first enquiry Red Devils made for him. He picked up shirt number 15 and made his Man Utd debut on 25th of January 2006 as a late sub to Ruud van Nistelrooy in a Carling Cup semi-final tie against Blackburn Rovers. Eventually, Vidic missed all three WC 2006 games after sustaining knee injury. Over the 2006/2007 season, Vidic formed trusted Man Utd centre-back line along with Rio Ferdinand. He scored his first United goal on 14th of October 2006 in a 3-1 win over Wigan Athletic followed by 4th of November goal home to Portsmouth. Vidic scored his first Manchester United Champions League goal on 6th of December 2006 in a 3-1 win against Benfica. He broke his collarbone on 31st of March 2007 in a game against  Blackburn which led to him being sidelined for four weeks. He was back for 2nd of May 2006 away CL encounter to AC Milan, the one United lost 3-0 (5-3 agg). In spite of CL elimination, Vidic played a notable role in 1-0 Premier League away win to Manchester City when United secured the title as Chelsea had only managed a draw against Arsenal the next day. Vidic was respected for his stamina, great heading abilities both in defence and attack and for his determination. He became a legend among Manchester United faitthfuls and was often compared to legendary Man Utd defender Steve Bruce. He signed a new two-year deal with Manchester United on 8th of November 2007 followed by another three-year contract extension. By the end of 2007/2008 season, Premier League players voted Nemanja Vidic, Rio Ferdinand and Cristian Ronaldo from Man Utd in Premier League XI as United defended the title two points ahead of second-placed Chelsea. Two sides met in a Champions League Moscow final on 21st of May 2008 with Manchester United winning it after the penalty shoot-out. Vidic scored the only United`s goal in a UEFA Supercup follow-up defeat to Zenit. June 2010, Vidic signed a four-year contract extension and become United skipper in September 2010, only the second foreign player to achieve such feat in Manchester United`s history. 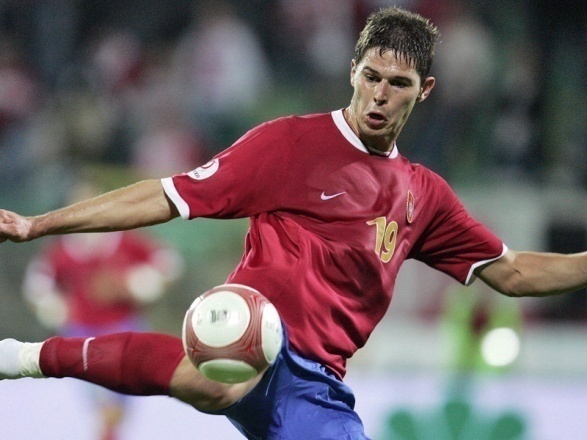 Nikola Zigic was born in Backa Topola on 25th of September 1980. At 6 ft 8 in, he was one of the tallest football players in the world during his playing days.

He moved to Racing Santander in 2006 and scored his first Primera het-trick on 1st of April 2007. Following season, Zigic moved to Valencia and scored a brace in Spanish Cup on 19th of December 2007, his first Valencia goals. In May 2010, he signed a four-year deal with Birmingham City. 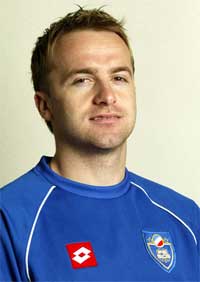 Ognjen Koroman was born on 19th of September 1978 in Pale, former Yugoslavia. He was 5ft 10 in winger.

Koroman made his early football steps at Zeljeznicar Sarajevo youths. At the beginning of 90s Yugoslav war, Koroman`s family moved to Belgrade where he trained with Crvena Zvezda youths for the next six years under the guidance of coaches Toma Milicevic, Vladimir Petrovic Pizon and late Zoran Antonijevic.

Koroman later stated he owes everything he learned in football trade to those three coaches. However, once he turned 18, former Crvena Zvezda management decided not to sign professional contract with the player and Koroman started his senior career at Radnicki Kragujevac followed by a move to Spartak and later OFK Beograd.

His international career started with a 2002 move to Dinamo Moscow, While in Russia, Koroman also played for Krylia Sovetov and Terek Grozny with a total of 94 appearances and 16 goals scored. In January 2006, Koroman was loaned to Portsmouth for whom he scored his one and only goal in the final game of the season against Liverpool.

He was integral part of Serbia and Montenegro national team during Germany 2006 WC qualifiers but once there, he was not happy with tactical decision by coach Ilija Petkovic to be left out of the starting line-up for the opening game against Netherlands. Koroman was booked against Argentina and missed final group stage game against Ivory Coast.

On 1st of July 2009, Koroman signed a deal with Korean outfit Incheon United, coached by Ilija Petkovic, but returned to Crvena Zvezda signing a new deal on 7th of July 2010. 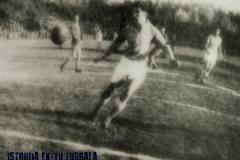 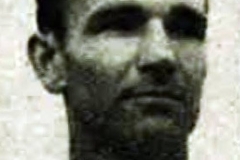 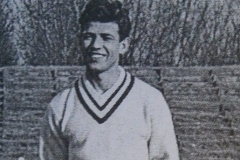 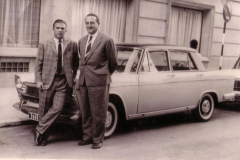 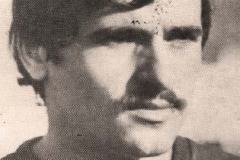 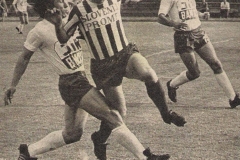 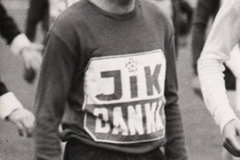 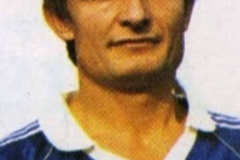 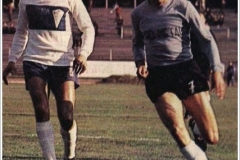 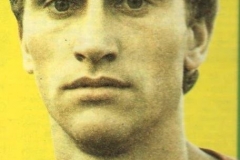 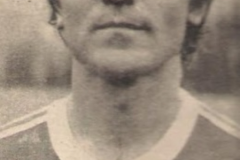 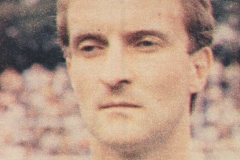 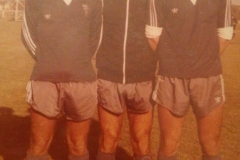 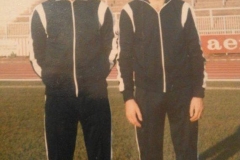 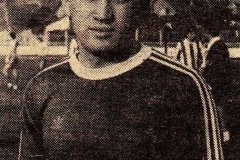 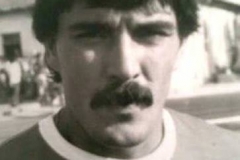 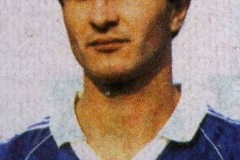 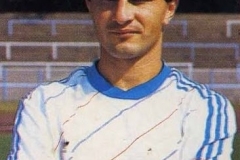 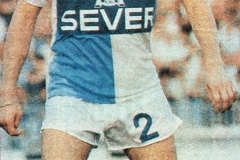 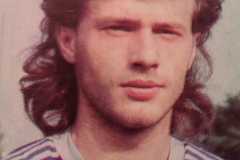 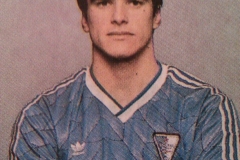